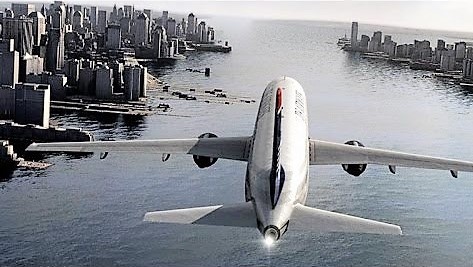 You may not be piloting a powerless airliner over New York City, but your team still needs DECISIVE leaders!

Hard to believe it’s been 10 years since the “Miracle on the Hudson” airliner mishap occurred in the heart of New York city. Captain Sullenberger, First Officer Jeff Skiles and the cabin crew executed an unbelievably courageous landing and egress on the Hudson River when their Airbus struck a flock of birds and lost thrust in both engines less than 2 minutes after departing LaGuardia airport. All 155 passengers and crew survived the ditching in the January-cold river adjacent to Manhattan.

As a recovering Navy F-14 Tomcat backseater, I’ve been fascinated with Captain Sullenberger’s decision-making and the crew coordination that contributed to the successful outcome that morning in 2009.  As fledgling flight students, we were given the academic tools and airborne experiences necessary to exercise “good headwork”, and a debriefing culture that contributed to faster learning and a transparent analysis of our mistakes (psychological safety). Sully was certainly a product of a similar training environment.

Aviators are taught a form of Colonel John Boyd’s OODA loop. Observe, Orient, Decide, Act. Much has been written about the OODA loop and many organizations and teams employ both simplified and complex models of OODA in their decision-making processes.

One of my personal challenges transitioning from the Navy to corporate culture involved adjusting to both the pace and process of decision-making I discovered in civilian business. While the art and science of leadership and decision-making has evolved over the past several decades, many organizations still struggle with risk-averse managers and teams literally frozen in overly analytical and flawed decision-making processes.

In less than one minute, Captain Sully’s mind 1) observed his aircraft’s failing systems and its degrading condition, glide path and location, 2) oriented his mind to focus on flying the plane and the options available, 3) decided that the Hudson River was the optimal landing surface, and 4) executed his landing decision, the egress and preparation for rescue.

Sully HAD to make a good decision. He did it with a calculated process and the intelligent calm of a leader accountable to both himself, his crew and passengers.

How can your team learn to leverage processes such as Boyd’s OODA loop to improve both the pace and success of good decision-making, and the results of sound execution?